The TopRyde-to-Eastwood Website now compares the assumed patronage with those of the expectations of Queensland's Gold Coast Light Rail.  Assumed patronage is about a third of the revised down Gold Coast assumptions. That TopRyde-to-Eastwood all the same is profitable (after the modest public subsidy) is a strong reminder that Waverail remains competitive even in low speed cases (where energy is not a primary issue).

A new project for Waverail has published:
A tram from TopRyde to Eastwood NSW Australia 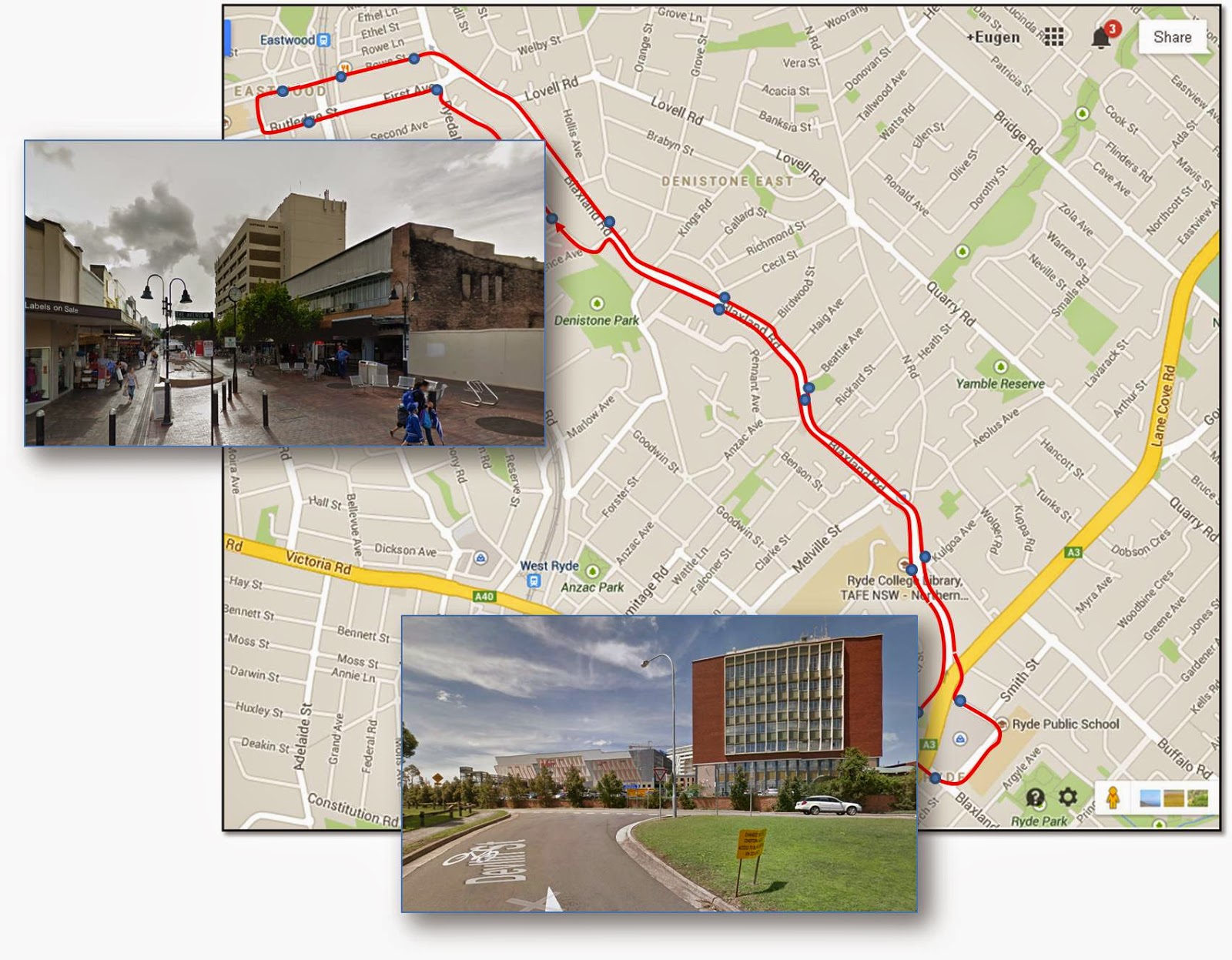 WAVERAIL has a new hompage

WAVERAIL has moved to the web address
waverail.com.au
No comments: 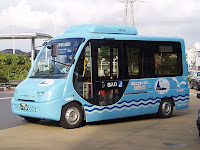 
As a response to criticism of Waverail a 'sweeper' Minibus service has been suggested and added to complement Waverail. It is referred to as Wbus and will have to run along the same route as Waverail.
Certain trips - such as one station only and other trips for non-walking passengers - can not be done with Waverail alone. Wbus will do all these trip 'stubs' and on top of this will pick-up and deliver passengers to within approximately 100 metres of any point along the Waverail route.
No comments: 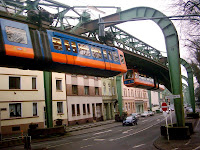 The planners of the Queensland Government have been told to make it happen quick smart. They are known not to waste time and have been encountered to declare they do not consider even looking at new technical possibilities. Conventionalism still has a strong foothold even in smart Queensland.

A sad reflection. ‘Quick smart’ may be good for political expediency but is it a wise strategy for long term infrastructure projects?

More inspirational is the Wuppertaler Schwebebahn, conceived 1890 in a depression and still running 2010! 13km long too. How pioneering. But what a contrast too.

Our new blog makes a critical analysis of the use of traditional trams for the Gold Coast Rapid Transit (GCRT) project 80km south of Brisbane. GCRT is a 13km long flat run along the coast; connecting the University with the administrative centre and the two bustling tourist centres Surfers Paradise and Broadbeach. The project, being very marginal, is ill conceived but has been awarded a tsunami of government money. It is a quick goer with tenders closing 24Feb2010.

Thus an uphill battle for Waverail, exacerbated by the fact that modeling results showed Waverail struggling with viability no less than traditional tram.

But Waverail won't last forever without a project and is desperate for a launch customer. Also the world is not black and white. There is hidden merit because, if Waverail is really better, the harder it gets, the more it would be in its favour. Let me explain:

(1) The Gold Coast Rapid Transit project is so much economically unviable that the trodden trams on offer, as said above, are unviable. The project sponsors pretty well know and there is no escape from it. Also: unexpected things can happen in life.

(2) If Waverail is, as we claim, economically better*), then Waverail should prove itself exactly where other fail, or else stay out. *) Note that this is only above approx 500 Passengers/h; below this ‘crossover point’ Waverail is actually worse.

(3) Ticket revenue of course is the crux. It is the product of the crucial item 'Passenger Numbers' with the equally important item 'achievable ticket price'. Because Waverail can offer unprecedented user-friendliness, both factors are significantly pitched in favour of Waverail. The boost from user-friendliness of course is not unlimited but it helps. A Waverail GCRT operation will still be marginally unprofitable and will need continuous government support. But the level of subsidy needed will be relatively small and, we believe, acceptable for tax payers and successive governments.

(4) We offer no-overhead-wires. Allowing Overhead wires, poles and rectifiers, for the sake of Gold Coast, hopefully will be exposed as the government sponsored vandalism it is. Traditional trams have (or had) the no-overhead-wires option too, through a rail conducting technology. However, we suspect, at exorbitant additional costs. It seems the planners have decided to mute this subject.

(5) The insufficient passenger number problem can be regarded as temporary. The reason for this is that the establishment of an effective, 'no-interchange' feeder network would re-write the numbers. A Waverail network is no-interchange and predominantly non-stop; thus the best of all worlds. Maybe after all, to put a light rail in now might not be that irrational, if ever it peters out this way.

Waverail is thus in for a real challenge.

The Gold Coast Rapid Transit blog's main points are that station-to-station distance is too high and that overhead wires are infringing into the tourist atmosphere of Gold Coast. Overall it rates traditional constant capacity trams deliver insufficient user-friendliness to create popular support and that thus sustained high patronage would be doubtful. It argues that 24km/h point-to-point speed cannot be called 'Rapid' and that Waverail would outperform the planned systems big time.
No comments:

This new blog makes a critical analysis of the use of traditional trams for the 'Gold Coast Rapid Transit Project' (GCRT). Its main points are that station to station distance is too high and that overhead wires are infringing into the tourist atmosphere of Gold Coast. Overall it rates traditional constant capacity trams deliver insufficient user-friendliness to create popular support and that thus sustained high patronage would be doubtful. It argues that 24km/h point-to-point speed cannot really be called 'Rapid' at all and that Waverail would outperform the planned systems big time.
More details will follow.
No comments:

A new blog Waverail Questions & Answers has been launched.